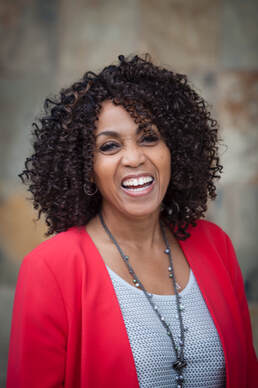 Monica began her career with the Washington State Patrol (WSP) in 1996 as a Trooper Cadet. She was commissioned as a WSP Trooper on May 1, 1998, assigned to the South Seattle freeway. In addition to her duties as a trooper, Monica was the traffic reporter for KOMO-TV (ABC Affiliate Seattle) for six years. In May of 2003, out of 210 candidates Monica placed number one on the sergeant’s exam and was then promoted on August 15 of that year. She worked the following assignments: South Seattle Freeway, Office of Government and Media Relations, Homeland Security, and Office of Professional Standards. On July 16, 2013, when she promoted to lieutenant and was assigned to the Field Operations Bureau headquarters.
Monica was promoted on April 28, 2015, to Captain of the office of Government and Media Relations as the legislative liaison where she served until June 30, 2019. On July 1, 2019, Monica was assigned as the Human Resources Division Commander until she retired on August 16, 2019.
As Captain and Legislative Liaison, some of her many accomplishments include: wage increase legislation for the Washington State Troopers Association and Washington State Lieutenants and Captains Association, Sexual Assault Kit Funding, Sexual Assault Kit Tracking System, Toxicology Lab Funding, and the Missing Native American Women Research and Report.
During Monica’s career she received numerous honors and awards including the Educational Excellence Award from the Washington Traffic Safety Commission. She also received recognition from the National Black Police Association and received the Black Law Enforcement Association of Washington 2019 Legacy Award.
Monica attended North Texas State University and holds a bachelor’s degree in political science from Evergreen State College.
In November of 2017, Governor Jay Inslee appointed Monica to the Evergreen State College Board of Trustees.
Monica is the first African American female to be promoted to the rank of Sergeant, Lieutenant, and Captain in the history of the WSP.
Monica began working at the Washington State Criminal Justice Training Commission (WSCJTC) as the Advanced Training Division Manager on September 23, 2019. Monica served as Deputy Director from May 2020 to March 2021. From March 1, 2021 to June 30, 2021, she filled the role of Interim Executive Director. On June 30, 2021, Monica was appointed as the Executive Director of WSCJTC.
​​Join the WSCPA!
The WSCPA is hard at work on our new website, and upcoming events and trainings.
Check out the exciting benefits of joining on the Membership tab!